Whether you are in college, in your first role in the world of work, or been around the proverbial marketing block a few times, you are going to hear the ‘p word’ a lot - positioning.

We are taught or we learn that the seminal book on the topic ‘Positioning; The battle for your mind’ (Al Ries/ Jack Trout) is the marketeers bible on the subject. In many ways, it is, despite being woefully out of date (it was written in 1981). It’s still on the reading list of the many but it has a fundamental flaw. It tells us what positioning is, shows its value and that you can position anything, but it does not tell us how to do it.

In fact, no one ever does tell you how to position. Even the 46%* of professional marketers who actually studied or trained in marketing sometimes state that their training on the topic did not cover how to implement it. Instead, it just told them what it was and that it’s important. If this is you, I’d ask for a refund from your tutor!

But times are a-changin'. In a recent class I was teaching for the Product Marketing Alliance (PMA) accredited certification course, my students were asking me what model they should use for positioning.

They felt conflicted between two methods they had come across: Narrative design and (good ol’) positioning.

Moreover, they felt that these methods were in direct competition with each other and were all at sea on picking one. If you’ve not come across narrative design, I will explain a little more as you read on.

Ladies and gentlemen, we have a good old-fashioned punch up here! It’s positioning vs narrative design!

Are you ready to learn which one throws the first punch? Do you want to know whose uppercut stings the most? And critically, who has the knockout punch when it comes to choosing between narrative design vs positioning?

If so, here’s everything you need to know on how to choose the right method of positioning. And how to avoid a black eye and a broken nose in the process!

Sizing Up The Competition

You can only place your bet on one contender. So, who are you going to choose?

First up is narrative design. It’s the art of creating a company-led story based on a behavior change in the market. It seeks to inform the audience of this change and positions your company to guide them through it, rather than just sell a product to them. Storytelling in itself is one of the oldest forms of marketing.

The other option is positioning. It was defined by **Kotler as “the act of designing the company’s offering and image to occupy a distinctive place in the mind of the target market”. In other words, brand positioning describes how a brand is different from its competitors and where, or how, it sits in customers’ minds.

It demands you analyze across the ‘three C’s’:

And only then will you be able to choose a position that will resonate with your consumers, can be delivered by your company (capabilities), and critically, be different from your competitors. This is tried and tested but how do you win in an over-communicated world? If Trout and Ries thought, as stated in 1981 that the world was over-communicated, what do you think they would make of it in 2020?!

Before Any Fight, There’s The Weigh In

It’s been commented upon that narrative design will replace positioning in 2020. If a big fundamental shift in marketing is coming, then we need to understand more about it. Let’s establish the facts first.

Fact 1: Positioning and narrative design are not in competition with each other (at least not officially).

Fact 2: They do different things in different stages and circumstances.

Positioning makes a strong case with some tidy jabs and footwork that it is best but we think it’s a ‘mysterious art’ and there’s some sort of perceived alchemy to it. Lots of people talk about how important it is and can demonstrate strategic thinking behind great positioning. Positioning consultant, April Dunford’s correct premise is no one ever shows you the ‘how’ to do it, they only show you the ‘what’ it is.

Her book, Obviously Awesome, is the manual for B2B product marketers, especially in the Start-up world, on the ‘how’ to do it, step-by-step.

Narrative Design takes a different approach with a different purpose. Is it effectively seeking the knockout punch early in the fight as an advocate for the reimagining of positioning? The overall goal being to create a new category, in its most simple terms.

Narrative Design starts with a change that has happened in the world and how that change has sculpted human behavior. This change creates a new ‘category’ or ‘game’. Games come with choices, rules, and an environment and as previously stated, you position the company, via a company-led narrative to help your target market navigate this ‘new game’.

This is a CEO-level engagement where you have created something new (comms are around the category of the company, not the product per se) and as a result, you have differentiated yourself. If your narrative lands and expands in the market, then it pulls the product to the customer, rather than you pushing the product to the customer. You as a company are differentiated by the simple fact you are likely the sole occupier in the whitespace of the ‘new game’. At least for a while.

Ding, Ding, Let’s Get in The Ring. Round One

In the blue corner, it’s Narrative Design, the ten-ton-hammer who’s set to define a new category.

But hold on! They are both throwing their white towels in the ring at the same time! What’s going on? The fight’s been canceled!

This is not a fight at all! The referee is declaring an even tie! I want my money back!

This is not a tense ‘vs’ battle, it’s a fight that never was. Both Positioning and Narrative Design are approaches that are valuable. They can work independently or together. Both are positioning. Back in 1981, we learned you can position anything. Your product, your career, your company, and if you have no ‘créneaus’ left (read the book ;-)), reposition the competition.

Using the Swiss army knife metaphor, it’s a simple choice for the marketer to pick the right tool for the job. The real question is, which blade will you choose?

Stay safe. Be kind to one another. 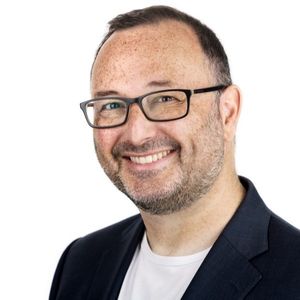 With over 25 years in senior Product Marketing roles for companies such as Virgin, Microsoft, Kaspersky and Seiko Epson, I help businesses of all sizes find the true value of their product or service.